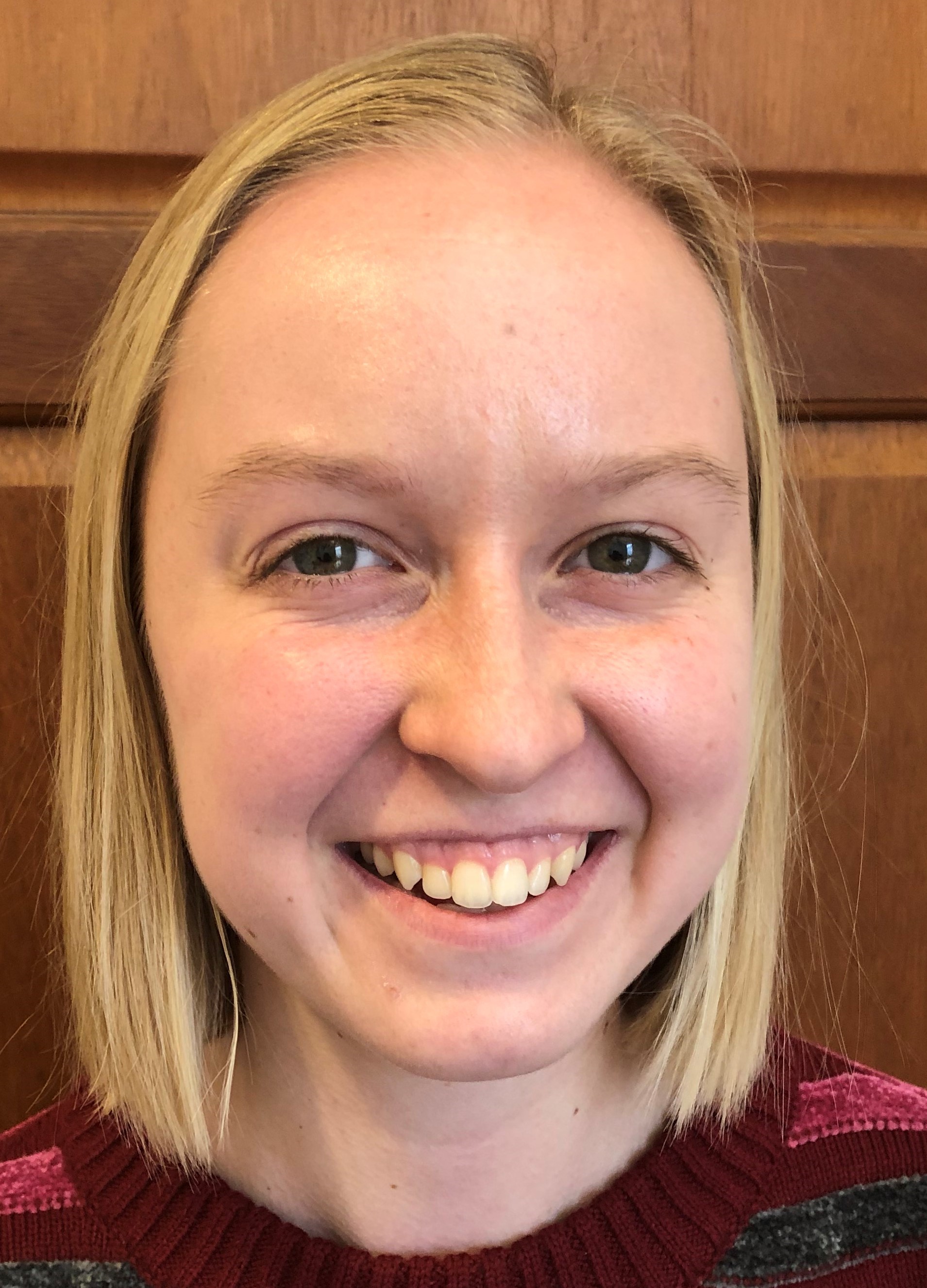 Claire Plunkett, a second-year Ph.D. student, chose to study mathematics at the U because of the variety of mathematical tools and biological topics available in the mathematical biology program. She also liked the sense of community in the Math Department.

“I’ve received the most mentoring from older graduate students in the department,” said Plunket. “Everyone here wants each other to succeed, and the older students have plenty of advice to share about how to be successful. I enjoy the strong community that exists in the mathematical biology area of the department. No matter what question or concern I have, there is always someone who can give me useful advice.”

She obtained a Bachelor’s of Science in Applied Mathematics from Case Western Reserve University in 2018. During college, she began a research project in theoretical ecology, using probability. This project, along with two summer REUs (Research Experience for Undergraduates), made her realize she wanted to attend graduate school.

Plunkett’s research is under the supervision of assistant professor of mathematics, Sean Lawley. She is studying how two molecules interact with each other when they can only react if they touch in particular orientations. To model this, she uses two spheres that are only reactive at patches on their surfaces. Her research includes modeling molecules that are bound to a surface but are partially reactive in a similar way. “The project excites me because the results from different types of protein interactions can be formulated in a way that makes it easier to compare the types interactions. This has been difficult to do in the past,” said Plunkett. “The project uses interesting math techniques and is an application of a math to biophysics problem, but the results will also be useful for materials science and other similar fields.”

She is a member of the Association for Women in Mathematics and finds the association helpful in connecting her with other female mathematicians, both at the U and at other schools. “Being part of a community is helpful—I know I’m not alone in my struggles—and it’s also helped me learn to be a mentor and advocate for others,” she said.

Plunkett hopes to become a math professor at a research university because she wants to continue to doing research. She’ll look for post-doc positions after she completes her Ph.D.

“Communicating mathematics is important to me, because there is so much useful or cool math that isn’t as accessible as it could be,” said Plunkett. “Math can be a really murky and unclear subject without someone who can explain it effectively, so I want to make sure I can be an effective communicator.”

Although Plunkett is relatively new to the math Ph.D. program, she has strong opinions on how to prepare for grad school: “It’s really smart to talk to a professor or instructor about what courses you should think about taking while you’re an undergrad in order to prepare for graduate school. In my undergrad program, there were some courses that were important for preparing for graduate-level math that weren’t required, and I wouldn’t have known to take them without asking for advice,” she said.

She also encourages potential grad students to find research experiences to determine if math research is a good fit. “There are many professors here who are excited to work on projects
with undergraduates,” said Plunkett. “It’s really important to find a mentor you’ll enjoy working with, because I’ve learned that not having the right mentor can make you uninterested in the entire project.”

Plunkett is a runner and participated in varsity cross-country track and field teams in college. Last April she completed her first marathon at the Salt Lake City Marathon; in October, she completed her first half marathon at the Arches Half Marathon, placing second in her age group. “Training helps me have non-academic goals and accomplishments, which is very important for me to feel balanced and happy.”

She is also a member of the handbell choir at a local church. “I had participated in a handbell choir in high school, but I wasn’t able to play during college,” said Plunkett. “Being able to reconnect to something musical has been great. It is very satisfying to be part of a large group creating something beautiful.”