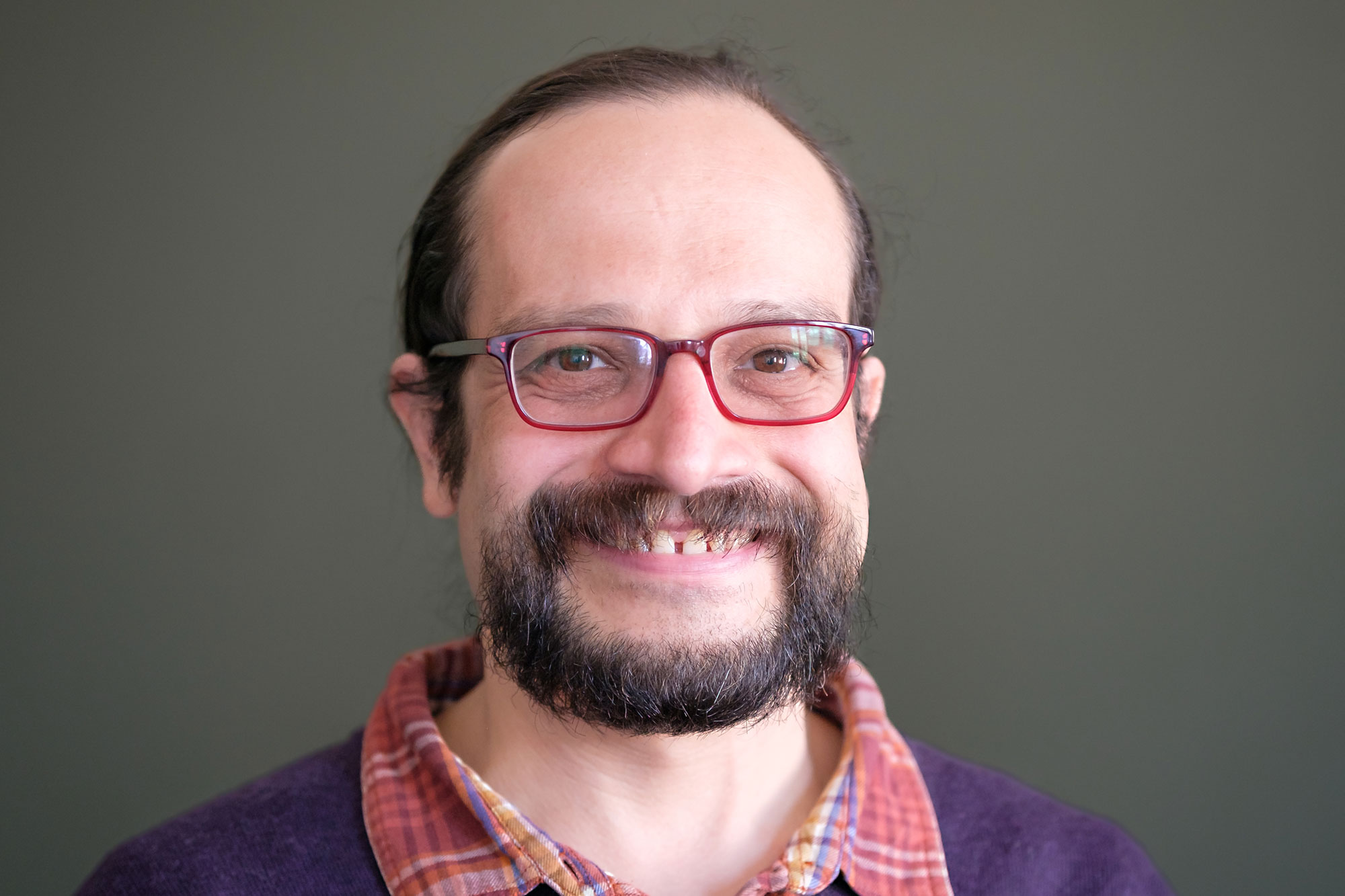 Jon Chaika, associate professor in the Department of Mathematics, has been awarded the Distinguished Research Award (DRA) from the University of Utah.

"It’s a big honor to receive the DRA, and it adds to my excitement to continue working on the problems that I have been pursuing," he said.

The funds from the award will allow Chaika to meet with other colleagues on his research. "The type of mathematics I do doesn’t need labs or expensive machinery, but it does rely heavily on interactions with other people,” he said. “This award will allow me to work with my collaborators, domestically and abroad."

Chaika’s research is in the field of dynamical systems, which seeks to understand a space and a map by following individual points. The map could represent the passage of time in a physical system. Ergodic theory is a sub-branch of dynamical systems that uses an idea called a measure to do this. A measure is an abstraction of the idea of length or area (or volume). One of the families of systems Chaika studies is billiards in polygons. In these systems, a point travels in a straight line inside a polygon until it hits one of the sides. Once it hits a side, it obeys the law of elastic collision, bouncing off the side the same way a billiard ball would off the side of a pool table. It then continues to travel in a straight line until it hits the next side, where it again has an elastic collision. Chaika and Giovanni Forni, a mathematician at the University of Maryland, have been able to show there are billiards in polygons in which the flow in different directions is usually uncorrelated.

In July 2022, Chaika will give an invited lecture at the International Congress of Mathematicians (ICM). Originally scheduled to be held in St. Petersburg, Russia, the conference now will be held remotely. Chaika will present jointly with Barak Weiss, professor of mathematics at Tel Aviv University.  Invited lectures are organized into sections, and Professors Chaika and Weiss will present within the “Dynamics” section. The U’s Department of Mathematics will have outstanding representation at the ICM. In addition to Chaika, Mladen Bestvina, Distinguished Professor of Mathematics, will give a plenary lecture at the event.

In 2020, Chaika received a Simons Fellows Award in Mathematics. He obtained a Ph.D. in mathematics in 2010 from Rice University and joined the University of Utah in 2013.