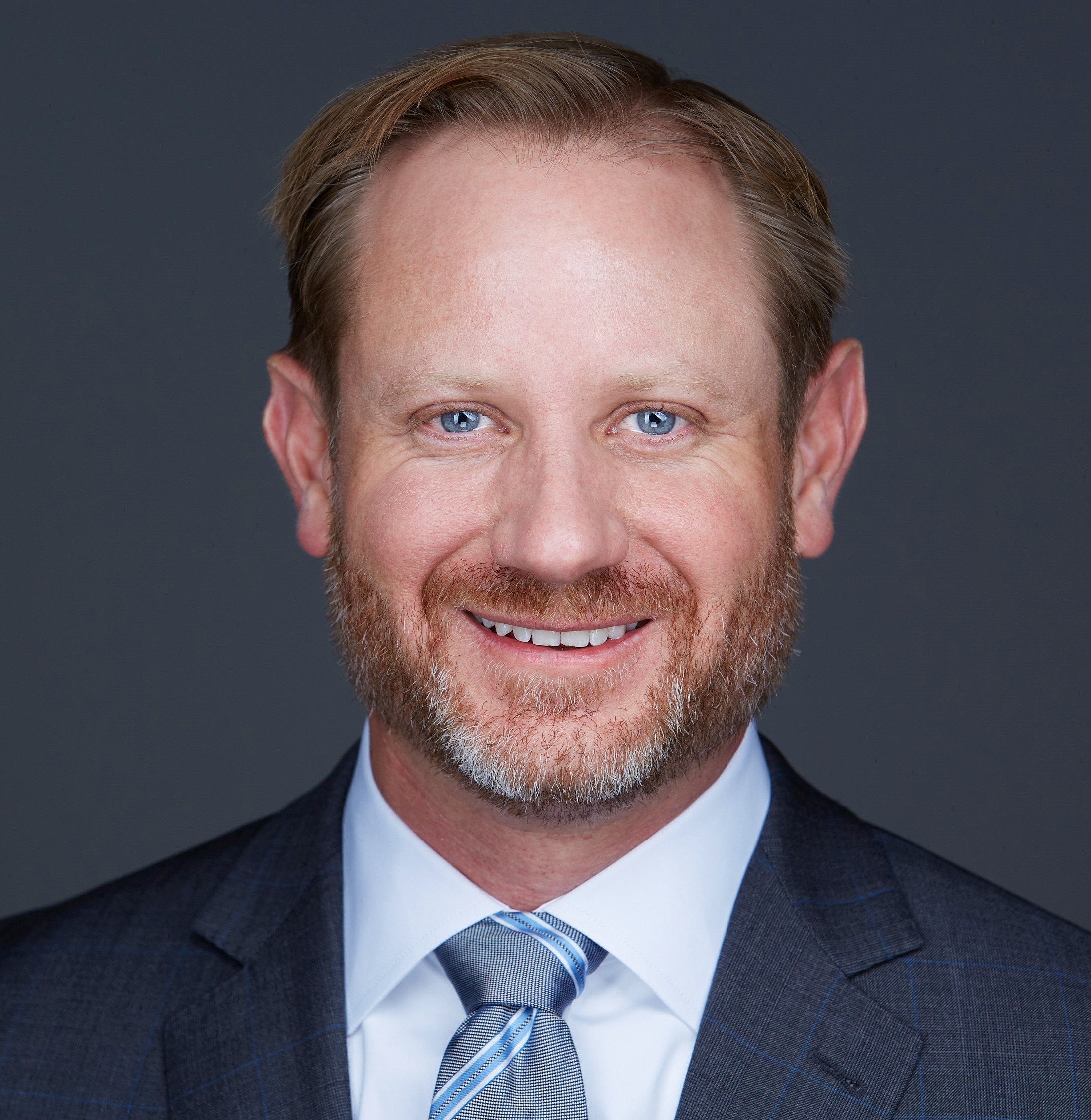 Honors science graduate, Cameron Soelberg, HBS’00, forged an adventurous—and rigorous—path as a student at the U. He continues to travel on a pioneering trail to this day.

Soelberg recently climbed to the summit of the highest point in Utah—Kings Peak at 13,528 feet—and has also lived and worked in Colorado, Illinois, New Hampshire, and New York.

“I think my personal history is a good example that your education and career don't need to necessarily move in a straight line from point A to point B, because your goals might change as you gain experience and that could launch you on a completely new path from what you had in mind originally,” said Soelberg.

When Soelberg first enrolled at the U in 1994, his intention was to pursue a Ph.D. and become a college professor.

After he completed his honors degrees in mathematics and physics, he stayed on campus to complete a Master’s Degree in Mathematics. While in graduate school, he was supported with a teaching assistantship in the Math Department and taught one or two courses each semester.

"After finishing the Master’s Degree, I felt like I needed some time away from school and decided to pursue an opportunity with a startup company in Colorado Springs. There I was involved in prototyping projects for the U.S. Special Forces, which was fascinating work,” said Soelberg.

In 2006, Soelberg took a job as a systems engineer with Lockheed Martin in Salt Lake City, developing biometric tagging and identification algorithms. “I enjoyed engineering and appreciated the quick learning curve and exposure to cutting-edge technology, but I wanted to broaden my horizons in the direction of business management, so after a year at Lockheed, I chose to leave Utah again to pursue an MBA at Dartmouth College,” he said.

While at Dartmouth, Soelberg became interested in investment banking. He completed an internship with Deutsche Bank in New York in the summer of 2008, between his first and second years of business school.

“The timing couldn’t have been worse as that was the start of the global financial crisis but witnessing it firsthand was an invaluable experience, and I was fortunate to receive a full-time offer to join the firm in Chicago after graduation,” said Soelberg. (He earned an MBA at the Tuck School of Business at Dartmouth College in 2009.)

The first few years following the financial crisis were tough for investment banking, as regulatory changes impacted the industry, but Soelberg worked hard and was promoted to vice president and then to director and managing director. He spent a total of nine years at Deutsche Bank. In 2018, he joined the Global Industries Group at UBS Investment Bank and now splits his time between Chicago and Salt Lake City.

“My current position involves a lot of numbers and a keen understanding of the capital markets and valuation,” said Soelberg. “It’s not sophisticated or complex in the way that algebraic topology or particle physics may be, but it does require critical thinking and a high degree of accuracy. The most important contribution my University of Utah education has made is the rigorous way I was taught to analyze and attack problems. The scientific method (and mathematical proof, similarly) is a disciplined framework for progressing from a hypothesis or question to a well-reasoned and logical conclusion. I use this every day in my job, and I’m grateful for how well my learning at the U prepared me to succeed.”

Soelberg recalls many people and experiences from his undergraduate years on campus.

“Lab work in chemistry and physics especially stands out, mostly because I was so impatient that I could never do the experiments quite right, but I had good lab partners who kept me on track,” he said.

“In the Math Department, Jerry Davey really had an impact on me as a student. I took a couple of undergraduate courses from him and helped with an accelerated calculus series one summer as a TA,” said Soelberg. “He was a kind person and a great teacher. He also lived an interesting life that spanned multiple dimensions in mathematics, the military, engineering, and private industry. I’ve always thought of his career path as a role model for my own.”

“Within the Physics Department, I’d be remiss if I didn’t recognize Charlie Jui for all that he taught me in the pre-professional physics program as a freshman. I wasn’t always the most present or attentive student, but his love of physics and wry sense of humor has stuck with me, and I still enjoy seeing him on campus,” said Soelberg.

Soelberg also remembers studying in the Fletcher building (Physics) and the Cowles building (Math) after it was renovated. He was active in many organizations on campus, including a fraternity, and he held offices in student government and the Alumni Association.

“I think there are a couple of lessons I’ve kept in mind that could prove useful for current students. The first is that there will always be challenges, obstacles, and setbacks to overcome, no matter how or when you start out in life. Adversity creates opportunity. Being adaptable is one of the most important keys to success (and happiness),” said Soelberg.

“Second, I would say that no matter how difficult things may become, you are not alone in the struggle. There are many other people, both historically and in different parts of society today, who have faced grave difficulties and found ways to rise above their circumstances. Take comfort and inspiration in that realization and use it as a model for yourself,” he said.

Soelberg is already planning his next adventure—to run the Chicago marathon. “There’s always another mountain to climb,” said Soelberg. “Life’s challenges, and rewards, can be found anew each day.”

A solid educational foundation in mathematics and physics, and the Honors College, is an exceptional “base camp” from which to operate.

Soelberg has four children: Hayden (19), Annabelle (16), Connor (13), and Charlotte (10). Hayden is a freshman at the U, studying computer science. He’s enrolled in the Honors College and lives on campus at Kahlert Village. 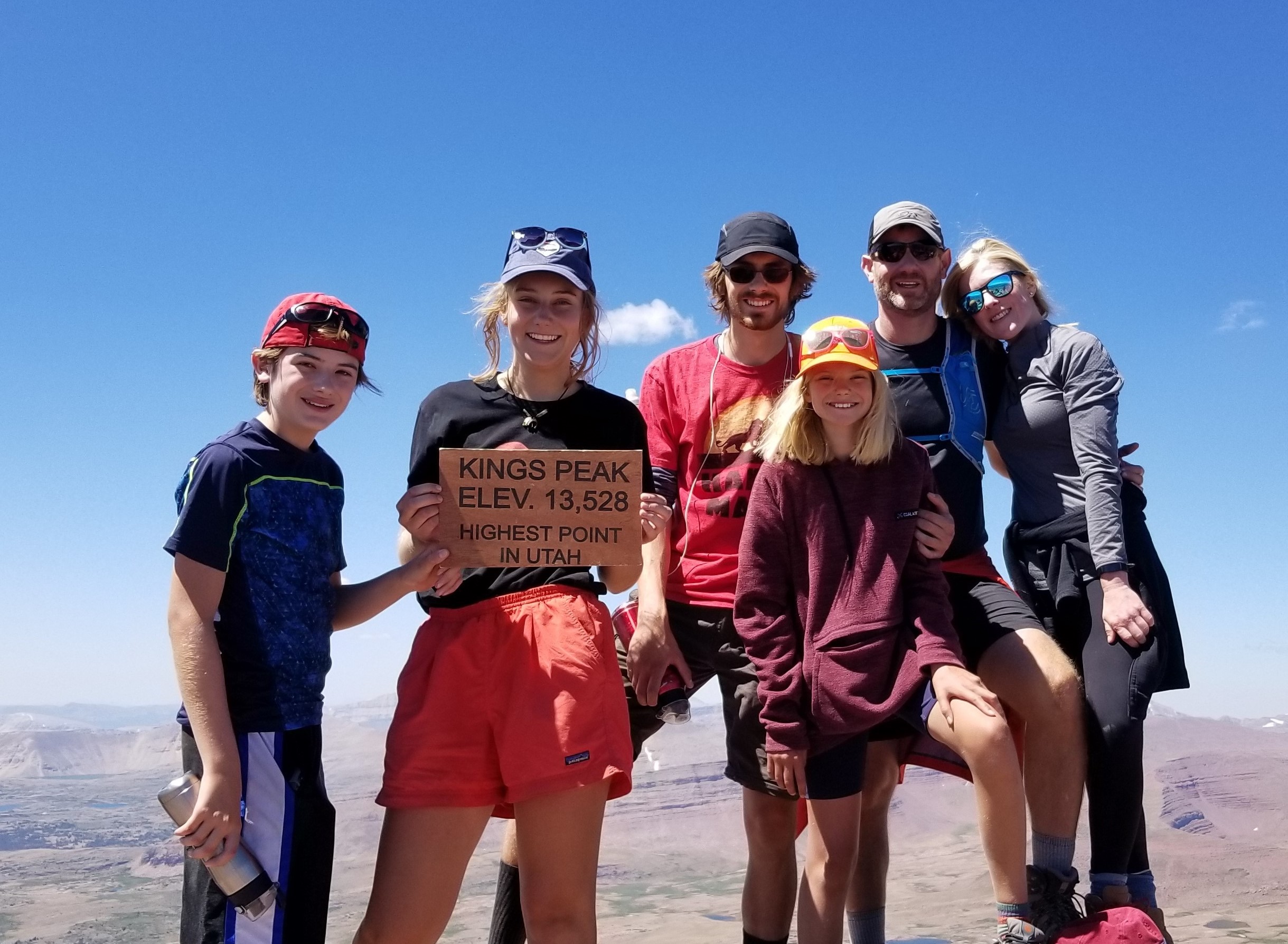