Adventures in the Arctic with Ryleigh Moore 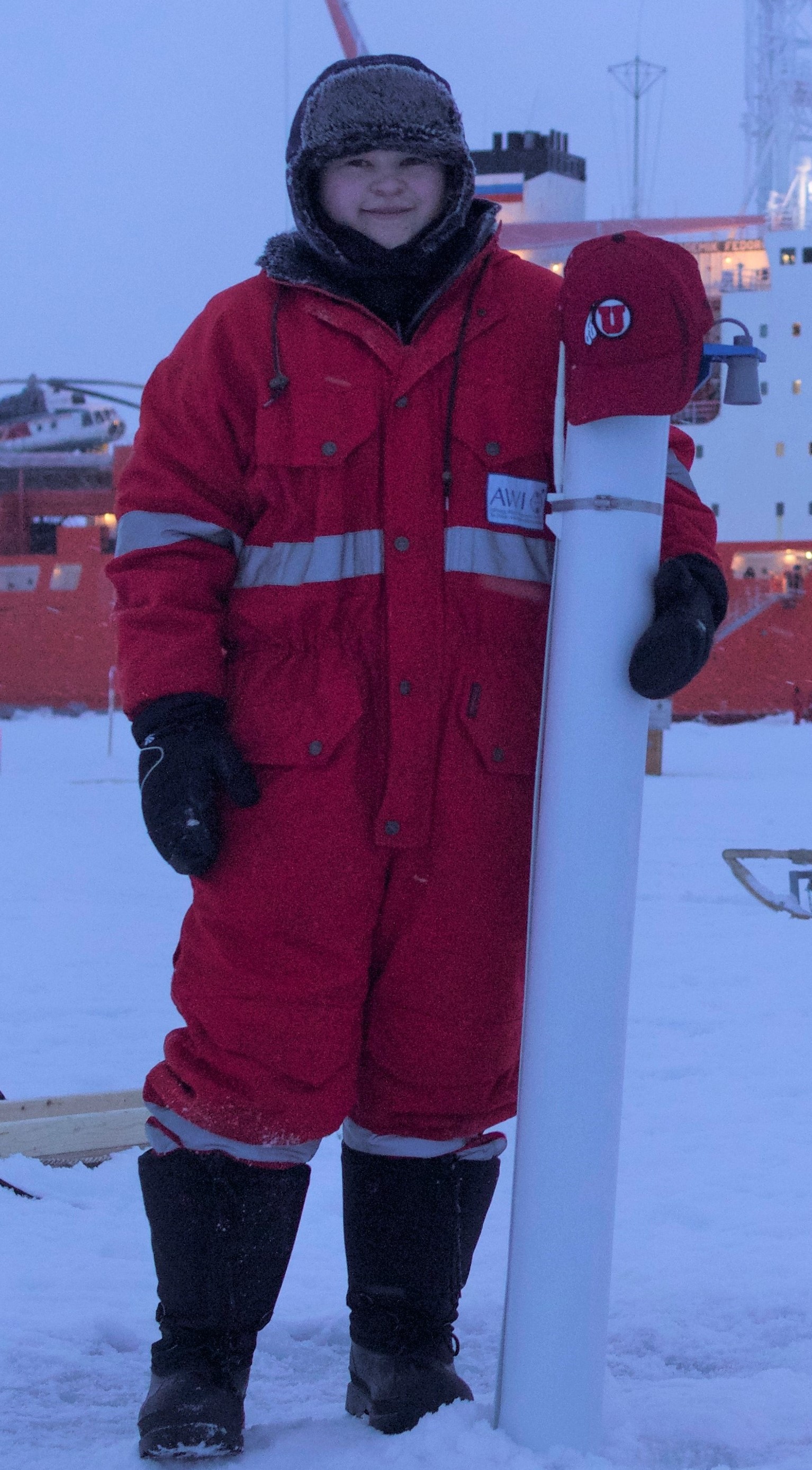 Mathematics Ph.D. student, Ryleigh Moore, was one of three American graduate students invited to participate in the Multidisciplinary drifting Observatory for the Study of Arctic Climate (MOSAiC) expedition out of Tromsø, Norway, from September 20 - October 28, 2019. The flagship German icebreaker, RV Polarstern, will be frozen in ice and drift for a full year through the Central Arctic, following in the footsteps of an earlier 19th century expedition. This is the first time a modern research icebreaker will study near the North Pole throughout the polar winter; it's the largest Central Arctic expedition ever, with 19 countries, more than 600 people, and a budget that exceeds $155 million.

Competition was fierce for the coveted spots in the MOSAiC School--there was an 8% acceptance rate worldwide for applicants, and Moore was one of 20 to be accepted. Moore works on characterizing and modeling the evolution of Arctic melt pond geometry with the U's Distinguished Professor Ken Golden. Moore was the only mathematician in the MOSAiC School.

During the first leg of the year-long study, MOSAiC School students, scientists, and other MOSAiC partners worked together to deploy scientific instrumentation and offer support for the Russian research vessel, Akademik Federov. The Federov traveled to 85 degrees north alongside the Polarstern to help identify a main ice floe for which the Polarstern will drift with for the entire year and to set up a distributed network consisting of scientific instrumentation around the main floe. Specifically, Moore led the deployment of three seasonal ice mass balance (SIMB3) buoys in the distributed network.

"This was a one in a lifetime experience to lead the deployment of the SIMB3 buoys in the Central Arctic," said Moore. "There were challenges while preparing for the deployments, but I'm happy to report that all three installations were successful and all of the buoys are transmitting data properly." With the last buoy installation completed, Moore stood on the ice floe in awe of the exquisite orange and red horizon as the Arctic entered polar night. She couldn't believe the beauty of the expansive sea ice. "I'm so grateful to the MOSAiC School, Professor Golden, and the University of Utah for this amazing experience."